Community Service once again!  This time by way of our very own TABLEROCK’S Goodnight Amphitheate 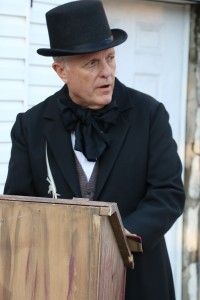 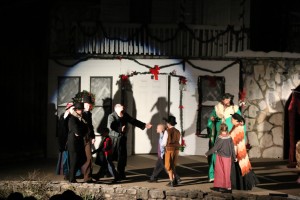 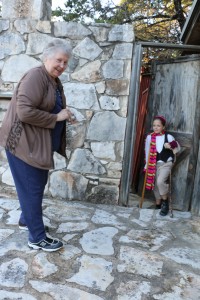 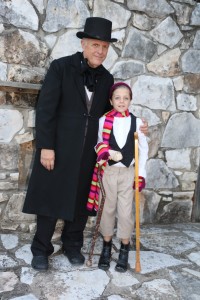 My posts are usually poems or photographs. However, I do vary from time to time. I am not sure when I wrote this true story, but the event happened very long ago and it was many years after that when I wrote the story. And that was a long time ago from now. I believe it was part of a church lady group project that collected devotions to be published for inspiration and possibly for fund raising of some sort. I found it today as I sorted through some papers and decided to share it with those that may take the time to read it.

Scripture:  Jeremiah 17:10
But I, the Lord, search all hearts and examine secret motives. I give all people their due rewards, according to what their actions deserve.”

For years, I imagined the existence of some sort of sophisticated map of churches and parsonages, complete with current flashing notations indicating such things as “recent change in minister”, and “easy pickings”.  I felt all homeless and distraught people across the nation surely networked and received updated maps on a regular basis.

It never failed that we would no sooner get our boxes in the door when there would be someone needing food, gas, or something critically important to their survival. The caravan of the homeless and destitute seemed to flow a steady stream from one church to another.

One of my early encounters with such a situation left a very large impression on my young life.  The parsonage sat very near the church. My husband walked from the church office where he had been working as an old beat up station wagon, driven by a battered looking man, and crammed with at least 10 children, followed slowly behind him. The absence of the mother was noticeable.  I will never forget the numerous little faces, blankets, and belongings hanging from every window.

The man waited outside his car as my husband came into the house and asked me what kind of food we had in our pantry.  In those days, the pantry was almost always bare (except for 10 bags of sugar and 10 bags of flour we had received from a “pounding” when we first moved into the parsonage).  I had tuna fish and a loaf of bread.  It was just past midweek. We had little food and no money to buy milk for our own baby. It would be a long four days before we would be paid and could cash the check.  I did not want to give anything away and argued that point firmly but briefly with my husband.  He instructed me to take the loaf of bread and tuna fish and make the whole thing up in sandwiches.  I grumbled as I prepared to give away the only food we had for ourselves.

After they went on their way, he explained that the man and his children had been living in their car for some time.  The mother had been struck seriously ill and the man was traveling across country to take the children to relatives.  My heart was saddened for their misfortune, but my own personal worry would stay with me through the night.  I was angered by the calmness of my husband and his assurance that everything would be fine.

Although I do not believe my husband knew what would happen next, it sure did teach me a lesson.  The next morning the mail brought an anonymous card with a $20.00 bill enclosed.  We never knew who sent it, but the timing was unbelievable – – – or was it?

Thought for the day:  Pray and do what you believe to be right and best in your heart and mind at the moment.

From the fruit of his lips a man is filled with good things as surely as the work of his hands rewards him.

On a cold snowy December afternoon, I got out of my car in the wide-open, windy, industrial area parking lot of the United Parcel Distributing Center, in Virginia Beach, Virginia.  The warehouse, designed to streamline the handling of increased seasonal bulk, had been set up with a conveyor belt and efficient wrap-around waiting line.  It was difficult and exhausting to make the hike from the car, laden with awkward and delicately balanced packages.  The thought of seeing this enormous task to completion gave me the additional energy needed.  Upon completion, I sighed with relief and practically skipped toward my car to return home.

While basking in joy, my eyes were captured and held hostage by an elderly woman wearing an outdated, mothball scented coat, balancing herself against the icy wind with a cane in one hand and holding her car door open with the other.  She was struggling with four huge packages that must have taken her days just to tape closed.  It was obvious she was attempting the impossible.  I rushed to help her. After her task had been completed and I had escorted her back to her car, she smiled and thanked me graciously.  We both went our ways never to see each other again.

The gift I had given her was much appreciated, but the gift she gave me was priceless.  She had added personal meaning to the seasonal frenzy of gift giving.  Her vivid image and the gratifying feelings I received from being able to help her at the perfect moment, had captured the essence of the season.  This nameless woman was given a place of honor in my Christmas treasure chest of precious memories.

Prayer:  Help me God, recognize the opportunities each day to act according to Your perfect example.

Thought for the Day

Unexpected fruits of our labors of love are by far the sweetest.